Las Chinchillas is a small National Reservation of about 40 km2 located in the arid VI Region at an altitude of about 300 – 600 meters. Its landscapes are rather dull and uninteresting, and its main attraction and the reason for being are the Chilean chinchillas, chinchilla chilena or chinchilla lanígera, of which there are about 6000 living there. Not for long though, because the Chilean government pretends to cut across that Reservation with paved road, the construction of which is full of irregularities in as far as the approval and legal procedures are concerned. So what the hunters began, the modern cars will terminate – decimate an already rare species on the verge of extinction. 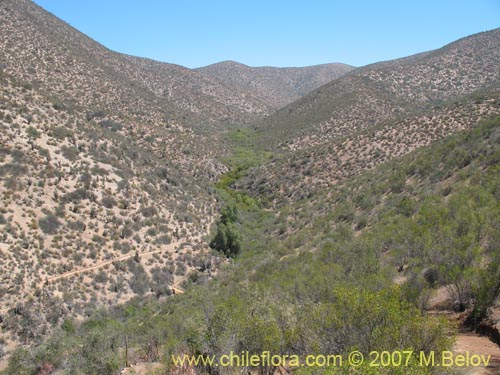 However, this area also protects many interesting plants – it is one of the only two protected areas in the VI Region of Chile – the other being the Fray Jorge National Park, which is located near the coast. The areas around this National Reservation are plagued by goats, so its vegetation presents a stark contrast to the surrounding barren hills. 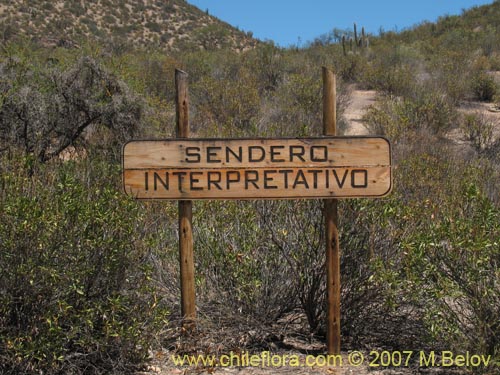 The entrance to the Interpretative Trail

In botanical terms, the main attractions of the area are the Mutisia species. Especially the Mutisia spectabilis is a rather rare species very difficult to find. It can be easily identified by its long pinnate leaves with many (15-20) round leaflets. Mutisia cana is less rare, but also very beautiful; its red big flowers stand out and can be seen from afar. It has a very wide distribution range which goes from very dry areas in the north to humid forests in the South. Due to its adaptability it may be a very interesting ornamental plant. Mutisia ilicifolia with its whitish or pink flowers is much more common. 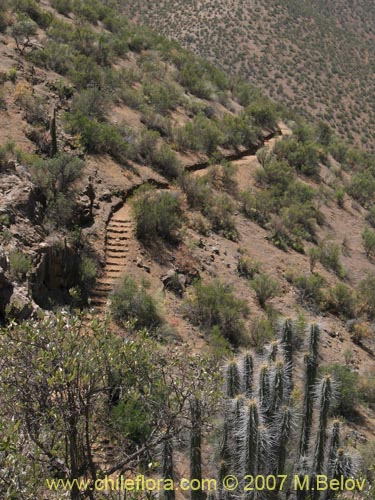 View of the Interpretative Trail

One of the rarest species in the Reservation is the Placea amoena, a small bulbous plant from the amaryllidaceae family put on the brink of extinction by the goats. One must be very lucky to see it, since it blooms about 45 days after heavy rain. And that does not happen all years. 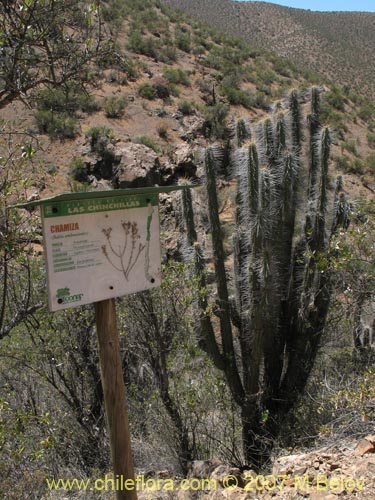 The administration put up herbarium specimens along the trail where the plants can be found – an excellent idea, but possible only in the northern areas where the humidity is not too high.

Berberis glomerata is also worth mentioning. Unlike in the rest of the world, Chilean berberis species are found in rather humid areas more to the south. Berberis glomerata is one of the few exceptions to this rule and can survive on about 100 mm of rainfall a year. Its blue fruits are edible, and when they fall, provide food for the chinchillas. 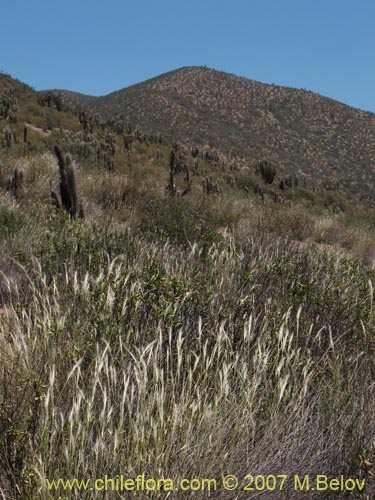 Stipa plumosa, a beautiful poaceae and a staple food for the Chinchillas